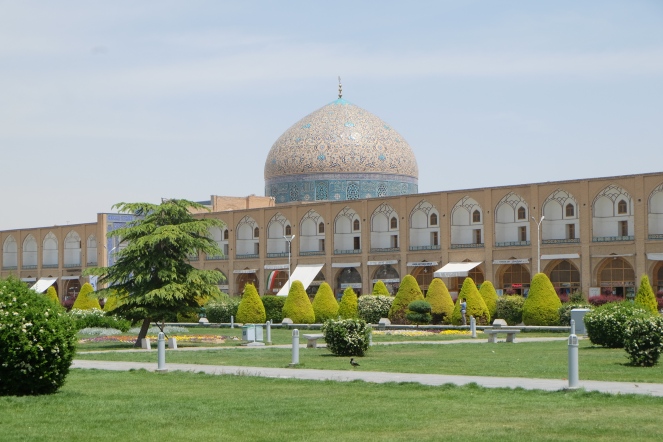 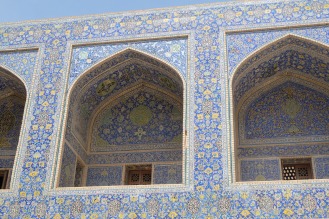 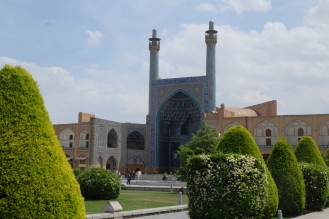 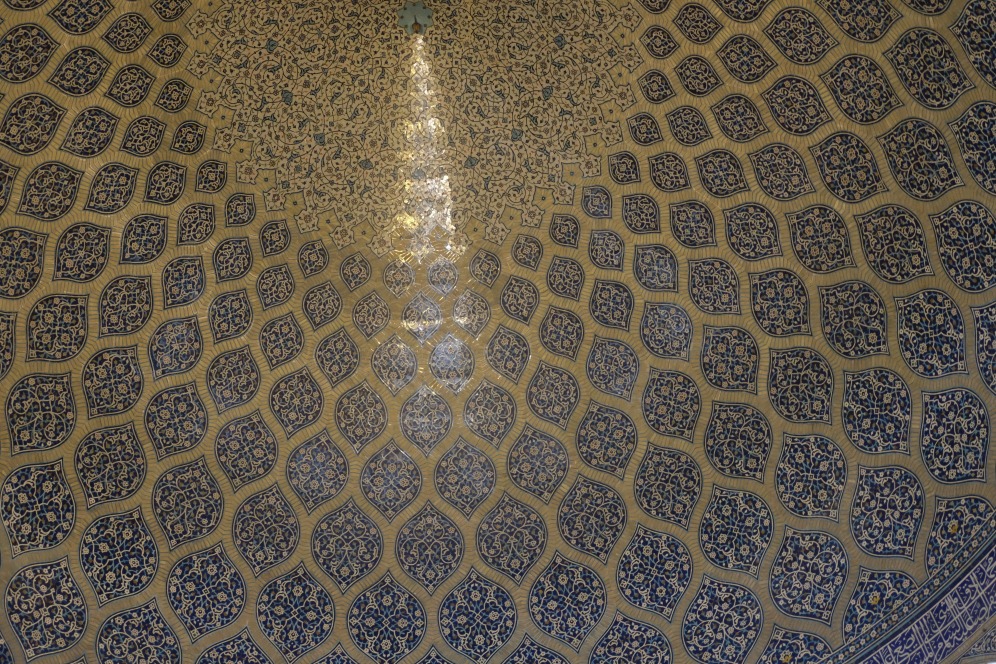 There’s a Persian proverb that says: “Isfahan is half the world.” When I first saw the huge Maydan-E Imam the size took my breath away. This is the centre of Isfahan and one of the most splendid public squares in the world.

As I walked into the square the famous Masjed e Imam mosque was on my left with its exquisite turquoise tiles. I wandered through the arches to squares flanked by domed buildings. Under a pomegranate tree I discussed Islam with one of the Imams who had stopped to chat.

“Religions should work together for peace,” he said as I asked his views on today’s problems in the Middle East.

Back in the square it was hard to believe this was once a vast polo pitch. Today families sat on the grass chatting and drinking tea. I walked over to the Lady Mosque which was, as it describes, kept for the ladies of the Shah’s court. The dome inside has been designed so that the light shining on it gives the impression of a peacock’s tail. It was breathtaking to absorb the beauty of this mosque. 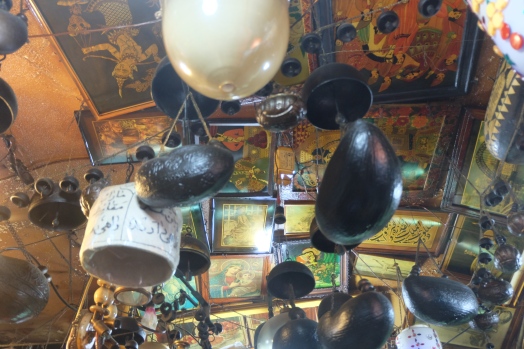 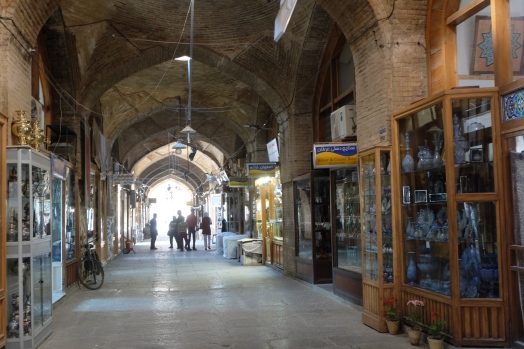 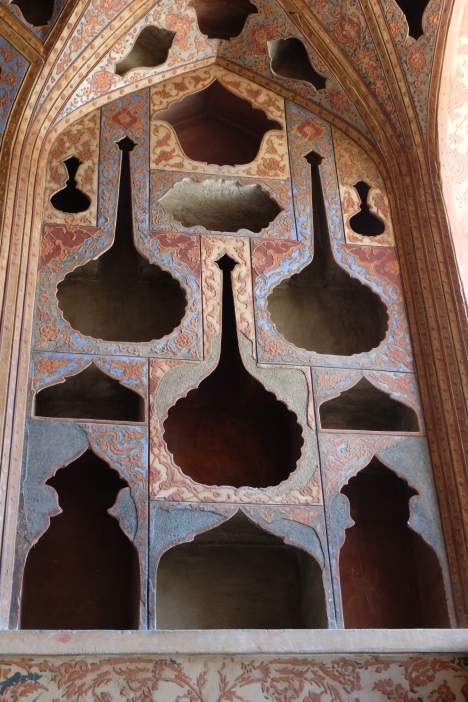 Opposite the Ali Qapu Palace, once the Safahid Palace and the high door to the Royal palaces, was another gem. The music room with its plaster ceilings designed to enhance the acoustics were an intricately designed spectacle. I looked out from the balcony to the magnificent Maydan wondering what this must have been like in the 1600s.

For me the best bit about the Maydan was the 4 miles of souk underneath the arches of the historic square. Spices, scarves, leather, sweets, and brass jumbled together to make an incredible shopping experience. A man beckoned to me to taste his nougat, known here as gaz. When I wandered into a jewellery store I was greeted with a huge slice of juicy melon. And in a courtyard off the main souk I drank a cup of the most fragrant fruit tea.

Deeper into the souk and past the tourist trail were ancient tea rooms with men smoking hookah pipes. In an ironmongery I drew a padlock to replace the one I lost from my suitcase and the shopkeeper and I smiled as we found the correct size.Sometimes smiles are an international language. This was a truly atmospheric place and full of history. It was one of those places that the more you wander the more you see. Isfahan instantly became one of my favourite cities.