I had just finished a meeting with colleagues in the Devon town of Cullompton and was preparing to drive away when the clock tower chimed 12. I stood and listened as the most uplifting tune rang out across the town- and I knew I just had to take a look inside the church.

St Andrew’s Church in Cullompton dates from 1432. As I opened the door I was taken aback by the beauty of the building. It has a magnificent wagon roof with blue, crimson and gold carvings. Ahead, the rood screen was magnificent with its 11 bays, pained blue and crimson with a central panel leading to the altar.

It was organ practice time and the sound resonated through the church. The church had been built on the back of the wool trade as the town was wealthy in medieval times. History oozed from the walls and it was clearly a building at the heart of the community. 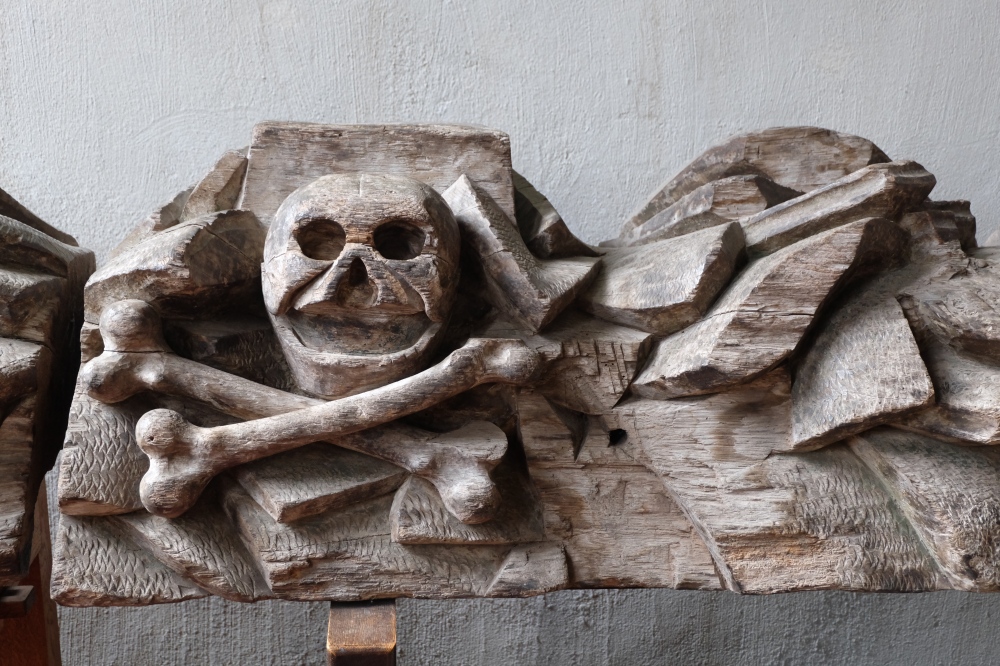 At the far aisle in the church was a more elaborate style of architecture. John Lane was a wealthy wool merchant in the 16th century and the fan vaulting of the ceiling was remarkable. I wondered how it could have survived the Reformation. Lane’s Aisle is fabulous with stained glass windows and the architecture so finely preserved. At the end is a 15th century wood Golgotha,so called as it is carved with skulls and crossbones.This was the original medieval rood screen but was taken out in the Reformation- and found in the churchyard centuries later.

One of the stained glass windows in Lane’s Aisle is by Edward Burne Jones of the Arts and Crafts Movement. The beauty of the window was mesmerizing.

I really enjoyed this church. It was surprisingly beautiful with a rich history and a joy to visit.